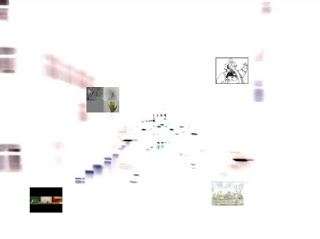 theViewergallery had been invited as the inaugural artist in a new venture, The Art Shed, set up by Mel Hardwick who runs the Freespace Gallery in Kentish Town, London. The Art Shed was set up for the day on the Art Street, part of a festival organised by Mel, on Sunday 27 May 2012. 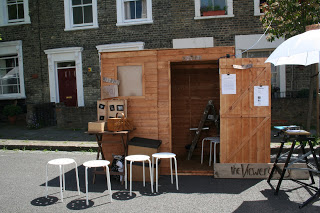 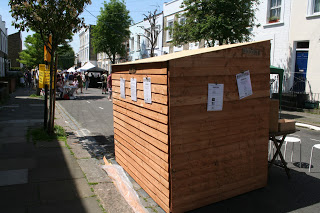 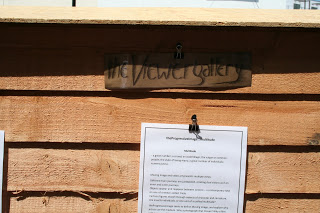 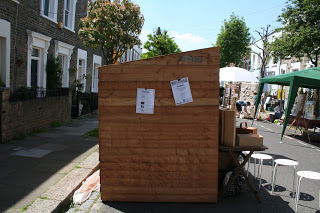 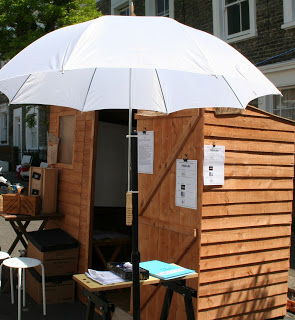 Setting up in a temporary space requires trialling and anticipation, and flexible solutions which can adapt to changing conditions. Wherever the plank goes, theViewergallery exists, and there are additional reproductions of the plank in various sizes as signs. We brought everything – stands, easels, tables, a ladder, fixtures and fittings, adding to theViewergallery’s store of stuff. 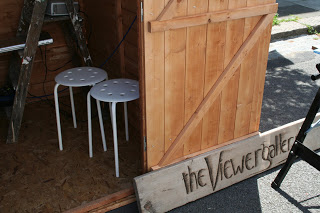 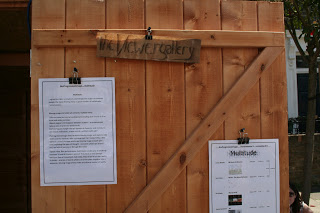 Despite being a baking hot day, over 100 people spent time in theViewergallery shed, viewing the screening and reading the books. There is reasonable space for two to view, but at times there were four. 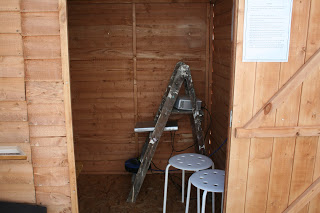 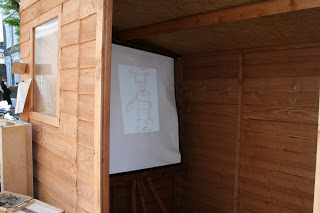 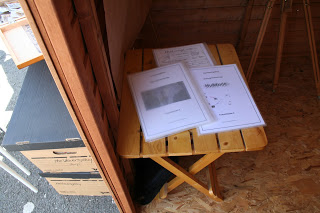 The stream of visitors had much to say about the films, enjoying the variety, and also asking further questions about the artists, and about theViewergallery set up.
The screening had been selected from a call for work, and further edited to a maximum of three minute excerpts. The whole screening was ten minutes, which is a long time to spend in a shed. I had made a further curatorial decision to show two films together, including their soundtracks. They were Moving Image of train journeys, through Berlin and Moscow. The effect together, both still with their soundtracks, was mesmerising. 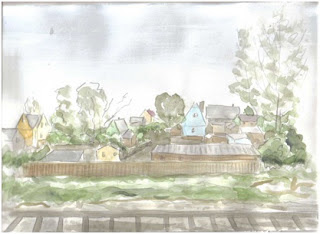 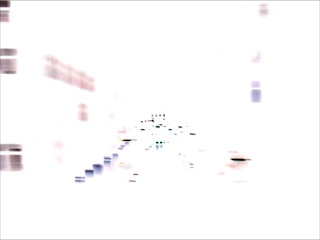 The audience also enjoyed the weird humour of Shared Stuff, where items move between different split screens, and the cartoon figures in Leaders of Men. They were suitably disconcerted by the insects piece with the alien-sounding music. 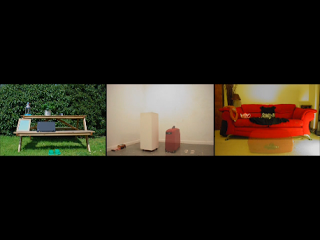 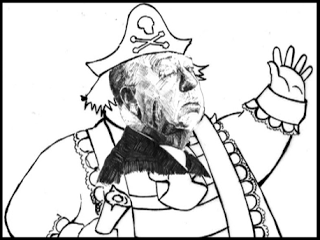 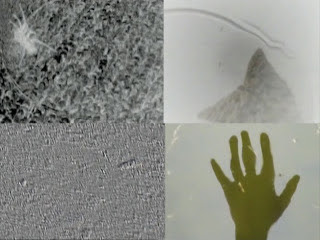 The theme of Multitude linked the pieces in split screens, with works with two, three and four simultaneous frames, and multiplicitous views, and with morphing characters within one frame.
I had trialled the screening in bright light, which was just as well, as the heat made closing the door and attempting a dark space impossible. The screening was still clear and visible even while battling direct sunlight. 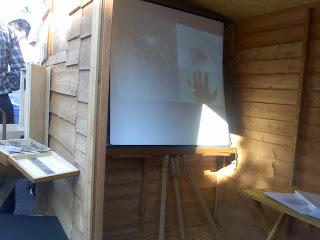 theViewergallery shop project was set up, a set of fold-out cabinets. 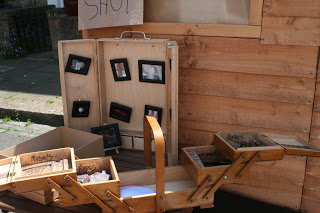 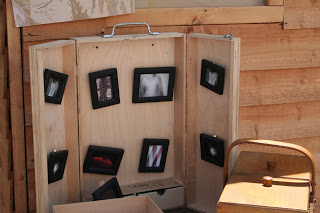 Overall, theViewergallery had a busy, eventful and successful day, making new friends and fans. Despite many opportunities for things going wrong or blowing away, everything went well, and the screening was enjoyed by an appreciative audience. 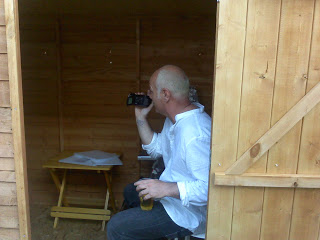 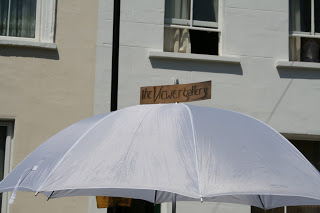